Want to know what I’ve published lately? Here are my publications since 2019 – papers, chapters, commentaries, blog posts, interviews, a report, a book and a webinar, all in one convenient lump.

Science Communication is often presented as a unique response to and offshoot of the prevalence of western science in modern societies. Lindy Orthia and Elizabeth Rasekoala argue against this notion, suggesting that a temporally and culturally limited understanding of science communication, in turn promotes a limited discipline of science communication and serves to perpetuate a singular idea of how and for whom science is communicated.

How old is science communication?

If you’ve been reading science communication history you’d probably say a few decades as an academic discipline, and two to four centuries as a professional helpmate to institutionalised science.

Yet human beings have been communicating science for millennia. They have been crafting words to communicate their knowledge for particular audiences, aims, mediums and contexts, in such a way that others enjoy it, remember it and can reproduce it themselves, much like science communication professionals today.

END_OF_DOCUMENT_TOKEN_TO_BE_REPLACED

My latest paper, “Strategies for including communication of non-Western and indigenous knowledges in science communication histories”, was published in the Journal of Science Communication on April 2nd.

I’m yet to promote it more actively than tweeting the link but am proud of the altmetric score of 43 it has already gained (top 5%).

Prouder still that some amazing people have endorsed the paper on Twitter, including thought leaders in sci com, science equity and Indigenous science engagement: 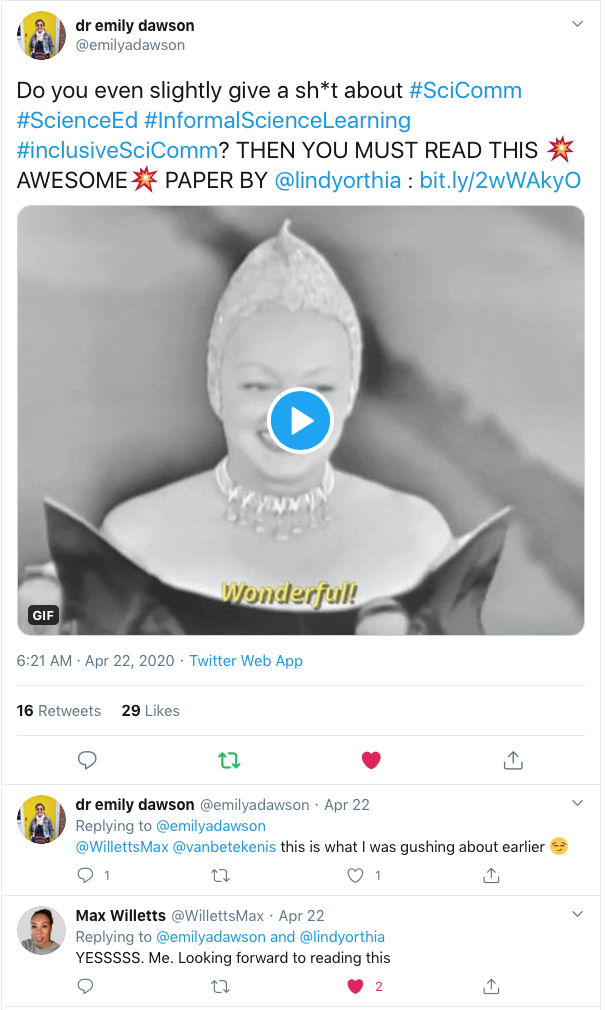 END_OF_DOCUMENT_TOKEN_TO_BE_REPLACED

Just published: my latest journal paper, in the Journal of Science Communication, reporting the first results of a survey of 575 Doctor Who fans about the show’s impact on their relationship to science.

Punchline: some viewers were inspired to pursue science careers because of Doctor Who, while for others it contributed to their ideas about science ethics, the place of science in society, and more. But it varied, a lot.

Data here, if you’re interested in looking, citing or collaborating with me on further analyses: here.

In 2017, Australia’s Chief Scientist Alan Finkel proposed all leaders be required to read science fiction to help them understand the past and future of science and technology as well as how new innovations might affect human society.

Similarly, in 2015, his predecessor Ian Chubb said science teachers could learn a thing or two from the television sitcom The Big Bang Theory about making science fun.

This isn’t just Australian contrarianism. Britain’s former science minister Malcolm Wicks suggested in 2007 that teachers use scenes from Doctor Who and Star Wars to kickstart discussion in science classrooms.

END_OF_DOCUMENT_TOKEN_TO_BE_REPLACED

Check out this lovely article in Smithsonian Mag by Lorraine Boissoneault, featuring interviews with me and Professor Michael Lynn. 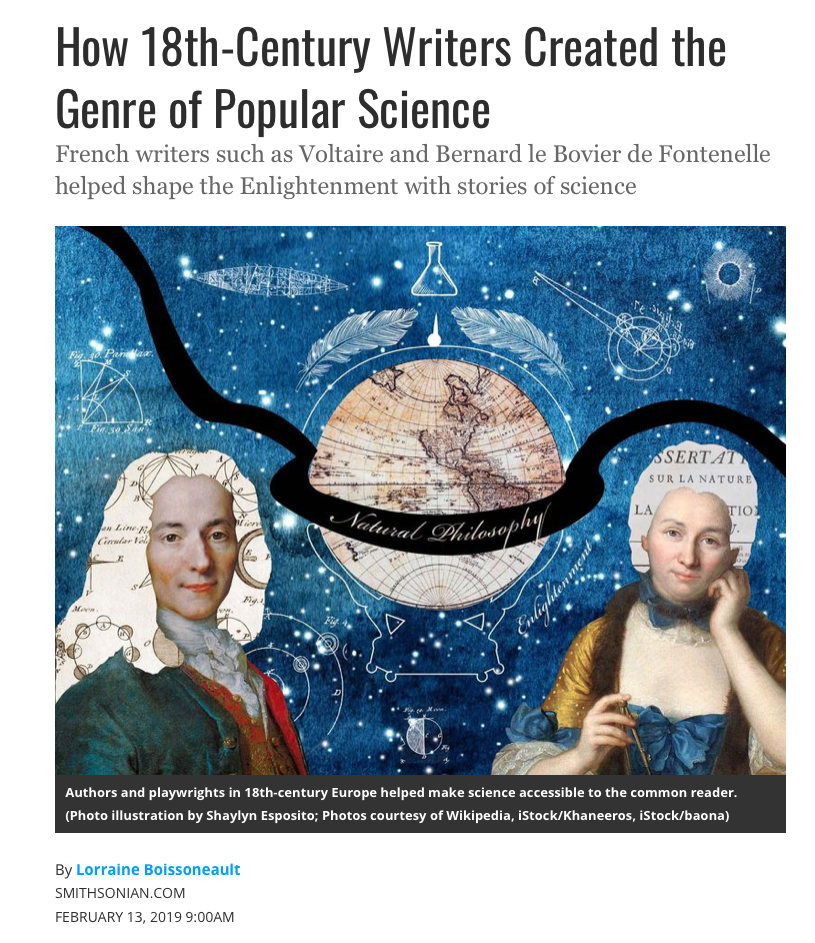 How do you get people to care about your science? Is anybody listening?

Science communication is more than great charisma or fun writing. Context matters. So we produced this infographic of 5 mnemonics to help.

If you want to know more about any of the 5, read on.

END_OF_DOCUMENT_TOKEN_TO_BE_REPLACED

And my second post for The Conversation concerns similarities between this year’s federal election issues and the concerns of Sydney citizens writing into the Sydney Gazette in 1803 and 1804. 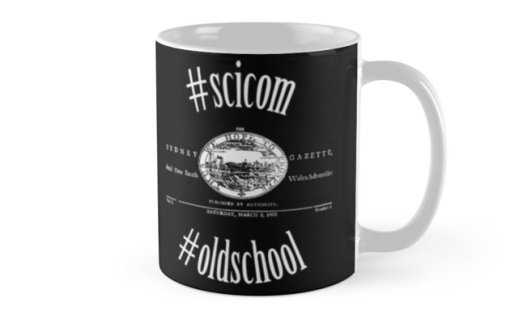 Today marks a significant event in any academic’s life – my first article for The Conversation.

Even more significant for a science communication academic who wants to practice what she preaches.

Rachel Morgain and I published a piece based on our Doctor Who, gender and science research paper which is already gaining traction in the number of reads.

Cunningham and Williams proposed instead that ‘science’ (read modern, western science) was invented in the late 18th/early 19th century in an institutional and ideological sense. And therefore science is only modern and western, and needs to be de-centred within our big picture conceptions of the history of human knowledge-making, and seen more on a par with every other knowledge-making system across the world and through time.

I have been enamoured of their paper since I read it, and wanted to find out if other scholars have accepted, rejected or ignored it in the 20 years since they published it. In other words, should I take it seriously?